The idea for Mimi and the Chinese Orchestra

The idea for Mimi and the Chinese Orchestra was born with a university student Yihfen Chou, who played erhu in the Chinese Orchestra Club, and found the ethnic music stunningly beautiful. Years later, when Chou became editor-in-chief of Heryin Books, she tried passionately to incorporate traditional Chinese music into children's literature. Now, after a decade of work on the project, classic nursery rhymes, traditional ethnic music and delightful illustrations have been combined charmingly in Mimi’s world. Mimi and the Chinese Orchestra was written by Yihfen Chou, featuring music by Zonsen Chen. The work received the Golden Melody Award for “Best Musical Album for Children”, the Chinese music world’s highest honor in this category, and won praise from Chinese children’s literature circles, garnering a number of awards. 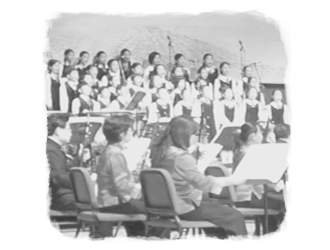 Secret 1:  Melodious music that one can listen to repeatedly, and that’s catchy

Secret 2:  Grandparent-grandchild dialogue that is fun and easy to understand